Before we get into the interview, here is a quick rundown on some of the options. In a nutshell, it’s the Association Mode that we all know and loved on old-gen consoles, on steroids.

MyLEAGUE offers both a single season or up to an 80 year franchise experience. You will have complete control over every aspect of how your league plays out.

Here are some of those options:

NOTE: 2K Sports will NOT have online MyLEAGUES but they will have ONLINE leagues returning this year.

The first question is the question everyone is wondering, will virtual currency play any role in MyLEAGUE?

VC doesn’t play any part in this mode, except that you can earn VC as games are played.  MyLEAGUE was created specifically for members in our community that wanted a way to spend their time playing the game at its core.

What was the inspiration behind MyLEAGUE, and what are the goals for this year?

Well, we heard the community loud and clear about wanting a mode that could be fully customizable.  A mode that is more of a sandbox of options without limitations.  That is what MyLEAGUE is all about.  MyLEAGUE gives users the flexibility to do what they want at the pace they wish to do it.

Here is a question our old Association mode guys want to know: Can you control multiple/all teams?

Yes, you can control from 1-30 teams in MyLEAGUE. Additionally, you can also import Classic and Euroleague teams into the mode.

What kind of customization options will there be for season length?

You can play either a single Season OR an 80-year Franchise with a season length set to 14/29/58/82 games per season.  You can also customize the playoff series length.

Can you customize the number of teams allowed in the playoffs?

No, the league is still based on the NBA, so the playoffs reflect the league’s playoff structure.

Trade Logic is simply an On/Off.  When turned On, users will have the ability to turn the Trade Deadline on/off, turn Trade Override on/off, turn CPU Trades on/off, turn on CPU-CPU Trade Approval (think commissioner mode here), and the ability to turn Financial Trade Rules on/off.  This last one is great for people who struggle to make trades work due to the complexities of the NBA collective bargaining agreement, as the requirement of the salaries to match can simply be turned off.  Trade Frequency is a slider that allows you to tune the number of trades you see in a given season.  Additionally, there is another slider called Trade Negotiation Difficulty.  If you think the CPU is too lenient on trades (or too stingy), the ability to tune the mode to your likings is now at your fingertips. Trading in MyLEAGUE is more robust than ever before.

Staying on trades, how often will blockbuster trades happen in the game? Can you customize their frequency as well? Are they determined by player ratings?

There is a separate slider for blockbuster trades.  You can control their frequency.

How can players customize the salary cap in their leagues?

There is a close feedback loop between player morale and chemistry.  They affect each other. Along with player personalities, we have created a matrix for each team for how its team makeup would affect chemistry. Each team has a particular makeup that will work for them Upsetting that balance will affect player morale, which in turn affects chemistry and ratings.  A team with poor chemistry plays significantly worse than one that is on song.

Can you change draft class quality from year to year or is there a variable setting to choose from?

Yes and yes.  You can change it from year to year, and it is on a slider that lets you decide what the quality should be.

How will “injury effects” be handled in the mode? Can we change the type of injury someone gets or adjust the amount of time a player is inured?

This question allows me to introduce one of many new features that we’ve created for NBA 2K15.  Injuries have been completely re-written for NBA 2K15; internally we like to call the new system ‘Injuries 2.0’.  Historically, players in our game had a single Durability rating that would define how likely they were to get injured.  When a player then got injured, a body part would randomly get chosen.  Not great.

With ‘Injuries 2.0’, every player has a unique durability rating for 16 different body parts (think left foot, right foot, left ankle, right ankle, etc.).  This level of control allows us to pick a player like Russell Westbrook and say that he has a right knee with a significantly higher chance of getting injured than his left knee, or any other body part for that issue.  In short, player injuries are going to be a lot more relevant, and a lot less random.

Body parts are going to wear down over the course of a career, as more miles are put on the body.  Significant injuries to a body part will often shorten the lifespan of that body part before it becomes a real problem later in a player’s career.  These injuries, depending on the severity, can forever change a player.  Some players will never get back to their former selves after they blow out a knee, for example.  NBA 2K15 also introduces the concept of career ending injuries to our game.  In truth, they don’t happen very often (as they shouldn’t!), but they do happen.  Players with continued injury problems to a body part will feel those aches and pains and retire at an earlier age than a player who has managed to stay relatively healthy throughout their career.

When a player gets hurt, you’ll often (not always) see him nurse that body part back to health with the aid of an accessory.  Sleeves on elbows, pads on knees.  It’s small, but it’s cool to see when you are playing the game.  And when a player returns from an injury, he doesn’t necessarily come back 100% right away (injury length obviously drives this one).  Players will need playing time to work their game back to its optimal level.  Injuries are no longer like on/off light switches, you will now have to deal all facets of what it means when one of your players gets injured.

Getting back to the original question at-hand, we keyed in on the sandbox philosophy of MyLEAGUE and allow you to customize the frequency of User/CPU injuries in addition to how much those injuries affect a player’s ratings.  Heck, you can even turn injuries off all together, but do you really want to do that after you just read all of the above?

One more thing on body durabilities.  They will a be ‘thing’ when it comes to how you scout draft prospects throughout the season as our Prospect Scouting feature got a major overhaul this year.  We’ll be talking more about that later this summer.  The ‘game’ in scouting rookies is back, and we think you will love it.

Can you have a fantasy draft? What sorts of options are there?

Yes, Fantasy draft is a setting.  You can set the draft order and the draft type.

You mention non-financial ambitions as something, which can be customized. Care to explain what that is and how it’s calculated? Does it affect a players desire for more money vs. playing time, etc.?

Adjusts the logic players use when signing in Free Agency.  Increasing that slider means players take their other ambitions (Play For Winner and Loyalty) into greater consideration than at the default level. Lowering it makes money matter a lot more when they choose who they want to sign with.

What difficulty settings will there be to customize?

Any bones you want to throw to the online guys?

MyLEAGUE is an offline mode in NBA 2K15.  However, for those wanting to play online, we have added requested functionality to Online Leagues as well working heavily on the stability of the mode.  NBA 2K15 has benefited from lessons learned last year, improved online support both from first party and internal changes, as well as a full QA cycle on the mode.  Between MyLEAGUE and Online leagues we have created a package that our core community will be excited about.

If we can’t control every team, can we at least play other teams games?

You can control every team.  You can also play games of teams that you do not have control over.  Again, we’ve created MyLEAGUE so that you control how you want to play.

What adjustments can we make to the draft class? Can we edit names/attributes/abilities?

Yes, you have full editing over the draft class. In addition, we have added back in a robust create a player system.  Details on this will come closer to launch.

Can we adjust players playing time? If so, is it similar to the way 360/PS3 does it? Also do the changes control the playing time during simmed games as well as played games?

Yes, rotations are fully editable right off the bat.  New to NBA 2K15 is our ‘Gameplan’ feature.  Gameplans allow you to set highly customized strategies per opponent.  For each team you face, you can set a customized rotation to take advantage of deficiencies in your opponent.  You can set preferred defensive matchups, adjust coaching sliders specifically for that team, custom Points of Emphasis, and so on.  If this all sounds like too much, you can just set a global Gameplan that you want applied to all opponents or even select teams.  These Gameplans are in full effect regardless of whether it is a played game or a simulated game.  You will have far more control over the outcome of a game than ever before, and we don’t want it any other way.

You can use a Custom roster and yes, you can save it locally, making editing and generating rosters and draft classes easier than ever.

Can we save our League to the hard drive and not the cloud?

Yes, it is saved locally.

Final question, what else would you like to convey to OS’ers about MyLEAGUE?

MyLEAGUE is just the start of a number of announcements that we believe the OS community will welcome. It’s a mode created for our core user, who wants the NBA just the way they like it.   And the best part, there are still a LOT more features (including core logic) for this mode that we’ll be talking about down the line when we talk MyGM (as these features are shared between the two modes).  We’re ecstatic to see what you think about our year 2 next gen efforts now that we’ve had a year under our belts with the consoles… 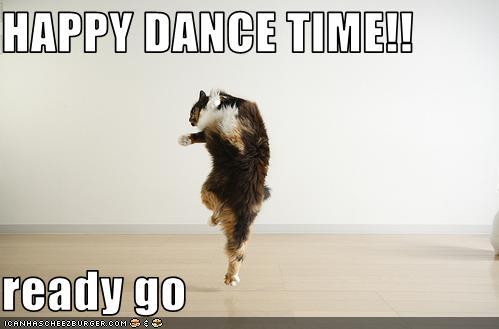 You can adjust all of these settings?! No VC?! You can set the salary cap?! You can control all 30 teams?!


aint it sad were getting excited that there is an association mode.....

please refrain from the "where is crew mode" posts.. this is betta!

# 18 AgaliareptX @ 08/07/14 04:07 PM
Except this sounds like literally the Association mode we've always wanted. 100 times better than anything we've had in the past. It's worth getting excited over.

# 19 snocone @ 08/07/14 04:07 PM
What adjustments can we make to the draft class? Can we edit names/attributes/abilities?
Yes, you have full editing over the draft class. In addition, we have added back in a robust create a player system. Details on this will come closer to launch.

Yes, you can control from 1-30 teams in MyLEAGUE. Additionally, you can also import Classic and Euroleague teams into the mode.