NBA JAM: On Fire Edition is the second JAM title from EA Sports since the comeback of this historic arcade title. JAM has the razzle-dazzle of current generation graphics with the simple gameplay enhancements to the classic game.

JAM: OFE fuses the best of NBA All-Star weekend and throws it all into four quarters of hoops. In 2011, Black Mamba and his flywire Nikes catch fire off the dish from Magic for an alleyoop – just one of the many dream teams that can be formed with the playable legends in the game.

# 1 eaterofworlds888 @ 10/13/11 01:12 PM
I'm thinking about getting this sometime. I downloaded the demo a couple nights ago and liked it pretty well. It's very fun. Dunks are awesome looking plus I always liked arcade NBA games. Not as much as I like Simulation NBA games but the Street series was awesome to me and I used to love NBA on NBC on the N64. For only $15 this looks like a good pick up for me at some point.

Well then why is it rated only a 7? Some people are just gonna skip to the end of the review see a 7 and go meh nothing special. I think if a game is "must have" it should be at worst an 8.

7.0 - 7.5 (Good) -- These games are pretty good, and while having several notable flaws, they generally play well and are quite fun. They definitely are not great yet, but with a few fixes they could get there. These are solid buys, especially if you like the sport.


I read the review and saw nothing close to "several notable flaws mentioned" in fact there was only one teammate AI, and even that got a positive comment. Now the defintion for an 8/8.5 game sounds exaclty how the review for NBA Jam went.

8.0 - 8.5 (Great) -- These games are really quite good. There are a few notable flaws with the game holding it back from being a classic, but these games are worth the money, and for even casual fans of the sport they are definite purchases.

The comment at the end of the review saying it was a must have for b-ball fans sounds like a defniite purchase to me.

Did like the updated graphics, and rosters. Its okay...


One thing that urks me, is one of the reasons EA has a issue when it comes to basketball and I know this is an arcade game. Adding badgers and pandas, is the furthest thing from basketball. It was 1 of the reasons I feel they "don't get it" when it come to just basketball related things people have been asking for for years in Live/Elite like "shortened season 28/56" option thats been on wishlist since 05.

Proiritize and focus on just basketball, then add the fluff later....

# 8 mike24forever @ 10/13/11 08:12 PM
This review score is directly related to 8.5 backlash of NBA 2K12. I hate to be that person, but this is a GREAT arcade basketball game, and the review should be based on that, and that alone. To say that this version of NBA Jam is "good", is a joke. This game is a blast. The attention to detail is amazing, and most importantly it plays a great game of arcade basketball. A must buy, if you enjoy this type of game.

This being said, if the reviewer rated this higher then 2K12, some people in this community would have tried to lynch him.

# 9 SBartlett @ 10/14/11 01:36 PM
All, the score behind the game is based more on innovation. The game doesn't bring new elements of gaming to the table, it just refines and old successful formula..I love the game, I think the review states that.

The bottom line at the top was actually written by an editor, and not me. I'm checking out why it was written since it goes against what I say in the review. Once the article is submitted though, it's no longer mine as it works in journalism, even in our online blog oriented type of gaming news site : ).

I wrote the pros and cons, though. I do believe there is some solid game play strategy in here if you read the review. Thanks all, appreciate it.

# 10 jcmreds @ 10/14/11 05:17 PM
Knowing that you didn't write the bottom line part makes the review make more sense. I'm not sure how much more innovative they could've got. It's NBA Jam an established product, and people expect certain things from it. I don't see a whole lot of innovation from sports games in general latley. I think most of the focus on the sims games is going into realism and replicating the sport accurately.

You realize the original NBA Jam had characters that had no business on the court, right? 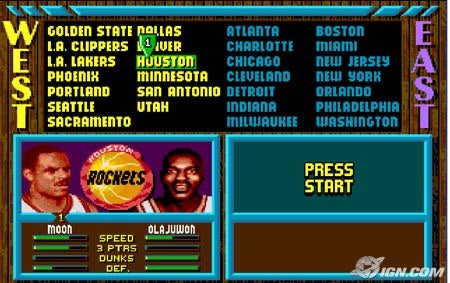 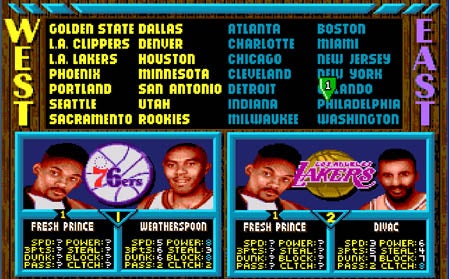 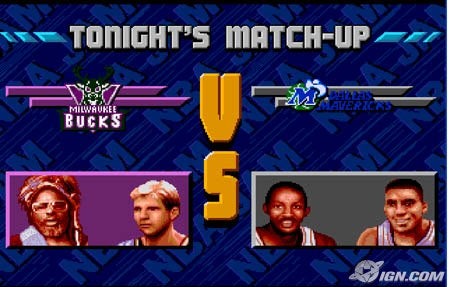 What do any of these people have to do with basketball? I can understand disappointment in Live/Elite or whatever, but to knock EA for NBA Jam having hidden teams that are unrelated to basketball is just stupid. As with many other aspects of EA's remake of NBA Jam, this is true to the original.

Anyways, I was playing over the weekend and now I just don't want to play it no more until it is patched. The 3 point shots of last yr wasn't a guarantee 3 points last yr because it was easier to block it with someone who had the ability to block it and you have to have a high 3pt rating for the shot to go down everytime.

This yr. the Computer AI online is in question. I think the difficulty level has to be on medium because they rarely help you at all on defense. If you make them become more aggressive, they can be out of position. If you make them conservative, they sometimes will stand there like a rock at times.

I'm not even going to go there with the disconnects. This game needs one patch because it seems like anyone that is a 6 or higher in 3pts are shooting them like layups when contested and it is boring going against people online who plays the same exact way every game.

# 19 PFellah @ 11/28/11 12:51 PM
Could care less about the NBA, and have never bought a "realistic" NBA title, but I love NBA Jam OFE. It's fun, it's got that "easy to be competent, tough to master" factor, and it fits well into a gaming schedule... can always rip off a quick game or two when you don't have time for something more time-consuming (coughSkyrimcough).

# 20 Blzer @ 12/02/11 02:55 AM
So, it didn't dawn on me that Road Trip actually had a platinum tier difficulty AI to play against with every team. I was wondering why I was only at 50% completion when I had finished beating all the teams on the silver tier, until I unlocked platinum for a division after earning gold against all of them.

This game just has an incredible amount of longevity. I'm just breaching said gold tier, and I'm nearly at 20 hours played with this title!