According to the PlayStation.Blog, it doesn’t look like we will see an NBA 2K15 demo this week. Demos typically release 2 weeks before the game releases to stores, which means we probably won't see one this year, for the second year in a row.

We have reached out to 2K for confirmation and will update this post when we hear back.

UPDATE: Just received confirmation, there will be no NBA 2K15 demo this year. 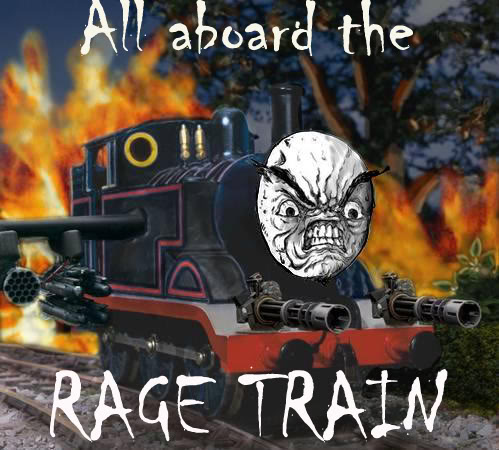 This thread...will be fun read at work


My decision to buy or not will come down to the improvement or lack thereof to MyPlayer.

# 3 supermati @ 09/21/14 12:13 PM
I wonder what's the reason behind this. We haven't seen any gameplay videos either. 2K gameplay is always solid enough to be tried a few weeks earlier.

Maybe a dev can chime in?

Anyways, 2K can do whatever they want. It's a two man race. Heck, it's been a one-man marathon for a few seasons as well. If there's no real competition, then don't expect a whole of stuff comparable to the old days. Like it or not, 2K pretty much has your sixty bucks unless the other game really comes with it.

I don't see why they would cut costs considering they're about to make $858347859 from this game.

# 8 aholbert32 @ 09/21/14 12:25 PM
Not money...time. You dont want the demo to misrepresent the final version of the game and in order to do that you would have to wait until later in production to produce the demo. That takes away time that could be used to focus on things that will be in the retail version.

There is a reason why companies are moving away from demos. Games like NBA 2k and Madden sell themselves because of exclusivity and track record. There arent a ton of people who need a demo to convince them to buy the game. They know by now if they like 2k Basketball or Madden football.

So why release a demo that 1) wont represent the final product and 2) isnt likely to convince a ton of people to buy the game. Releasing a bad demo can be detrimental to a good game (see EA UFC) and its rare that even a good demo convinces people to buy a game thats already a mainstay.

# 10 Vni @ 09/21/14 12:26 PM
Not really surprising although I wonder what's the reasonning behind it. For well informed people like we are on OS I don't think it makes much difference even though it's still nice to get to play the game early, but I can only imagine how many copies it would help to sell to the guys who aren't too much into basketball or basketball games.

# 11 supermati @ 09/21/14 12:27 PM
I keep saying that because there haven't been any officially released videos, making it really hard to come up with conclusions about the actual gameplay since they always seem to be called "older builds" by 2k staff.

Not releasing gameplay videos and not releasing a demo either are two behaviors that show a lack of confidence, at least when it comes to selling their improved gameplay.

# 13 lvnba @ 09/21/14 12:28 PM
For me the only issue is with them not confirming this kind of things. It would be an easy "yup, there is no demo this year" and this conversation would be over. And a lot of other conversations.

I do not understand this level of secrecy or lack of transparency (even more with the surreal and fantastic level of transparency they have in another topics as devs are constantly sharing their voices here).

My point is that no one has ever shown me evidence that releasing early gameplay videos or a demo directly correlates with an increase in sales and thats all 2k cares about. Its not lack of confidence...its why do something that isnt likely to increase sales. Shoot, last year's game sold well without a ton of early videos and no demo.

# 17 aholbert32 @ 09/21/14 12:35 PM
Legit competition with PES and many dont consider FIFA the best soccer game when it comes to gameplay. The right demo can convince someone
that their gameplay has changed.

Thats why Live should release a demo because they are trying to convince ppl to buy its game instead of 2k.

Bingo on this point. Take most peoples favorite, 2k11.

Remember the uproar because Momentous was able to make a high light reel with Steve Blake in 2k11's demo?

It's so funny reading all the threads around that time...

# 20 threattonature @ 09/21/14 12:45 PM
Giving out a free sample of your game can get people to try that game that may never have tried it. Especially people with PS4s. I know there have been a few games I bought just on playing a demo, loving it, and picking it up. People don't want to pay to try out a product they aren't necessarily fans of. But if it's free then some may be willing to give it a try out of boredom or to see what the hype is about and get hooked.