Madden NFL 18 Will Transition to the Frostbite Engine EA announced during today's Electronic Arts Q3 2017 earnings conference call, Madden NFL 18 will make its transition to the Frostbite engine. The same engine is used in FIFA 17, with plans to bring it to the NBA and NHL series within the next couple of years.

Sent from my SAMSUNG-SM-G935A using Tapatalk

# 3 DeuceDouglas @ 01/31/17 06:59 PM
Anybody that plays FIFA religiously that can say how much it changed that game outside of visually? Was it still all pretty much the same animations and such or did that completely change?

I ask because if they're still going to be dealing heavily with the "legacy code" that has plagued things for the last ten years then this isn't going to make much of a difference. If it allows them to start fresh and build certain aspects from the ground up, namely OL play and the passing game, then it could be great.

# 4 Lexicon @ 01/31/17 07:03 PM
I don't play religiously. In fact this was the first year in a very long time that I've played FIFA, but it really didn't amazed me, graphically or animations/physics wise. Not bad, but nothing I could really point out and say "that can only happen with frostbite" like you can with Battlefield or whathaveyou. I have heard from an English friend of mine that he felt Frostbite helped the gameplay a lot and that it's tough to go back to 16, but I've also heard a lot of people say that they don't like how 17 plays, so yeah... lol

# 8 DeuceDouglas @ 01/31/17 07:36 PM
Nice, that's good to hear. It'd be great if the transition really tightened things up and put a premium on player movement in regard to acceleration, deceleration, foot planting, etc. I'd love to see E3 or EAPlay videos this year that don't have people dropping 350-pound lineman into coverage like safeties.

# 9 Lexicon @ 01/31/17 08:02 PM
Honestly, I think a safe expectation of frostbite for Madden based off of FIFA would be that it will get better lighting, motion blur, and other visual asthetics. Other than that, anything else would be a pretty wild guess at this point. We should be getting some news in the next few months. I'm also contemplating going to EA play this year, since my family will be going to Universal Studios a lot this year and EA play would be right down the road. Would be nice to get hands-on time with Madden Frostbite.

# 10 ch46647 @ 01/31/17 08:40 PM
Will the locomotion engine finally be overhauled? I believe FIFA has some of the best running animations/locomotion features of any sports game.

I gave up on Madden a few years ago because I just could not stand how players moved. They have made strides in many areas but the locomotion engine is basically exactly how it was in Madden 06 (when this series truly lost its way). Maybe this is the year they finally address this part of the game...

# 12 JKSportsGamer1984 @ 01/31/17 08:50 PM
Hopefully the Frostbite engine will bring us true Living Worlds that were initially advertised with the transition to this gen. No more generic sideline player models with no names on jerseys & same facemask for every player, add chearleaders, mascots, etc... I'm curious to see what this will do for impoving player movement, physics (player clipping), cloth physics (grabbing jerseys, etc..) Don't let us down EA.

# 13 DeuceDouglas @ 01/31/17 08:57 PM
I agree and this is the feeling I'm leaning towards initially. I think visuals and lighting will be the most noticeable changes especially if a new weather system came along with it. An upgraded atmosphere would also be something that would make sense with this transition. Any gameplay changes at this point is just kind of guessing. It'll be interesting to see how they first talk about it though and how they handle releasing things because I think that will give us a good idea of how much of a difference it has made gameplay wise. But I'd imagine we won't get much of anything whether it be screenshots or video wise at all leading up to EAplay or however they're doing things this year.

# 14 PhillyPhanatic14 @ 01/31/17 08:59 PM
Played over 500 hours of both FIFA 15 and 16 and played around 200 of 17 so far. Massive overhaul to animations in 17 and the graphics are insane. Stadiums look and feel more alive. The game plays so much better though. For instance, last year if the ball was going "near" a player they would automatically get a touch on it. In 17 that doesn't happen. It has to actually touch them for them to interact with it. There's no suction anymore. It's sick. I had a penalty shot last night that the goalie dove for and his legs were spread because he was in the air diving and the ball went right between his legs. Last year that would've been saved because it was "near" the goalie. Tough to explain without a video but hopefully I explained it decently well. This is going to be a game changer for madden.

Do y'all remember the promises and hype from the reveal of the "Ignite" engine? It was all about living worlds, real human intelligence, true player motion, etc?

I'll wait and see if Frostbite makes any real tangible difference. Hopefully it's a much larger leap than "Ignite" was this generation.

# 18 Lexicon @ 01/31/17 09:46 PM
I actually scored a goal between a defenders legs a few days ago. I have no idea if that is something that would have happened in previous FIFA's or not, but I was pretty excited to see something like that happen. 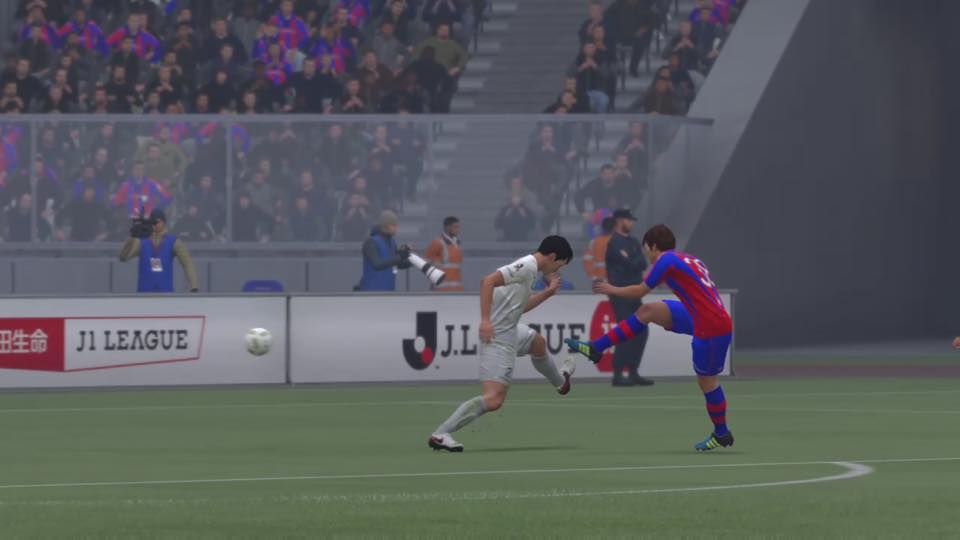 I actually enjoyed the FIFA 17 trial so much that I went out and bought it it lol. Like, I was jonesing to play it so bad, I couldn't wait the 2 months it would take for it to show up on Access. Got a good $30 deal on it, too. haha

# 19 KennyJ1976 @ 01/31/17 10:13 PM
Honestly, I believe the Frostbite Engine is all hype. I play FIFA on a regular basis and besides the better lighting, and slightly better physics, I really don't see much of a difference between FIFA 17 and FIFA 14. So I'm not expecting a significant jump from Madden 17 to Madden 18.

# 20 issaknife @ 01/31/17 10:19 PM
I'm really hoping this means they start fresh. One of the things holding this game back is that there are just a lot of legacy issues. FIFA has really good jostling, hopefully they implement that into Madden. Would be great for WR/DB interactions and hopefully lineplay.

Sent from my SM-G386W using Tapatalk